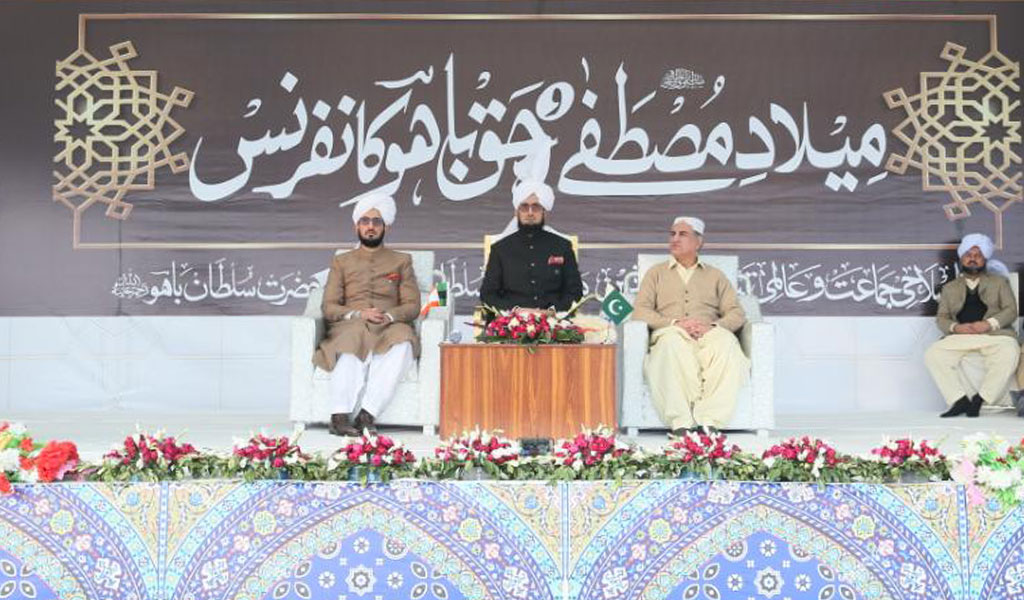 One should be thankful to Allah Almighty both in times of relief and distress. Today, we are thankful only for things of comfort and forget to be thankful in times of distress which is a sign of the weakness of our faith.

Today, the Muslim Ummah is in a state of moral decay and the main reason for this decline is the decline of civilization. Moreover, the colonial conspiracies are being carried out to destroy Muslim civilization which has badly decayed the morals of our young generation.

Today, the young generation is suffering from sexual misconduct, obscenity, and nudity. There is a lot of immoral use of social media. Today, young people use social media for sexual gratification. The reason behind this is that they are deprived of such modern resources as the Qur’an and Hadith, Sufism, and spirituality. The sexually explicit literature that has been circulating for the last 200 years has reached its peak on social media. Sahibzada Sahib added that the solution to all this confusion lies in training based on the teachings of the Holy Quran. A woman’s adornment is modesty. Today’s physical adornment is not her honor. In our society today, women are kept away from knowledge and this knowledge is the Qur’an and Hadith which is the fundamental duty of every man and woman to acquire.  Our society can only prosper if our women are adorned with religious education because a man cannot attain any position unless he fights against his own self.